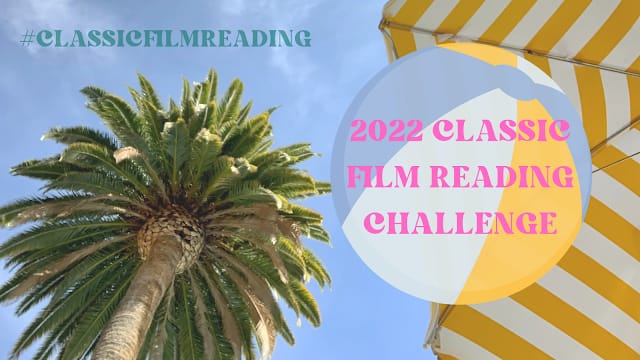 Since warm weather has arrived, now is the perfect time to venture outside with a classic film book to get our day’s Vitamin D before heading back inside to catch TCM’s primetime showing of the day. For my third time participating in Raquel Stecher’s Summer Reading Challenge, I’m excited to further my knowledge of some of my favorite performers and venture off in new directions to broaden my knowledge of the wonderful world of classic film. Here are the books I’ll be reading and reviewing for this year’s challenge:

The First King of Hollywood: The Life of Douglas Fairbanks,

One of the first silent films I watched was Fairbanks’ 1924 spectacle Thief of Baghdad. Blown away by the towering sets, I also couldn’t get over how charming this athletic hero was. Recently, I’ve been catching up with his 1910s output made long before his days of costume pictures. I’m excited to learn more about the person behind such a large image and stature in early Hollywood who was so influential in building the foundation of classic Hollywood.

I came across this book while I was studying up on the subject of aviation in early Hollywood for my article about the 1919 Harry Houdini starring vehicle The Grim Game for Taking Up Room’s wonderful Aviation in Film Blogathon. While I was aware of films like Wings and Hell’s Angels, I had no idea how many other daring aerial scenes were in classic film dating back to the 1910s. I’m excited to sink my teeth more fully into the world of dangerous aerial stunts and looking forward to finding plenty of aviation-themed movies to add to my watchlist.

Heritage of the Desert

Last year I had a blast reading Zane Grey’s Riders of the Purple Sage and watching a couple of adaptations of the novel. Since many of Grey’s works were adapted to dozens of classic era Westerns, I thought it would be fun to read another of his works before watching a couple more classic film adaptations (most notably Henry Hathaway’s directorial debut 1932’s Heritage of the Desert). It also helps that Heritage of the Desert is set in Utah to coincide with my Utah film history series I’ve been working on over the past year.

John Gilbert: The Last of the Silent Film Stars

There is perhaps no one so misaligned by history in early Hollywood than John Gilbert with myths flying around about his voice that and Louis B. Mayer this. While I’ve enjoyed him during his prime in films like The Big Parade and Bardelys the Magnificent, I hope to get around to seeing some of his sound work as well. Nothing gets me more excited to watch go through an actor’s filmography than reading their biography. Plus he is one of several film stars born in Utah.

20th Century-Fox Darryl F. Zanuck and the Creation of the Modern Film Studio

We all know the iconic opening for 20th Century Fox as a fanfare before lights swirl around the studio’s logo but I certainly don’t know much about the behind-the-scenes of the studio in its nearly century-long run before being acquired by Disney in 2019. Eyman’s history of the studio dissects the studio’s history using creator William Fox and influential studio head Daryl F. Zanuck and examines its impact on the industry.

Part of the fun about classic films is learning about the story behind films and their stars as well as traveling back in time to learn about a culture and society so wildly different yet similar in many ways to ours. With so many issues of such trade papers as Moving Picture World and Variety available for free online, there is no better resource to deep dive into how moviegoers interacted with films of the past. When I heard about Eric Hoyt’s book about the history of these trade press magazines on a Nitrateville Radio episode, I couldn’t help but check it out myself!

Check back here through the summer as I post my reviews and thoughts of each of these classic film books. You can also check up the books I reviewed for the 2020 challenge here and for the 2021 challenge here. If you want to join the 2022 Summer Classic Film Reading Challenge, sign up here by July 15th. Excited to start reading these books and everyone else’s reviews this summer!