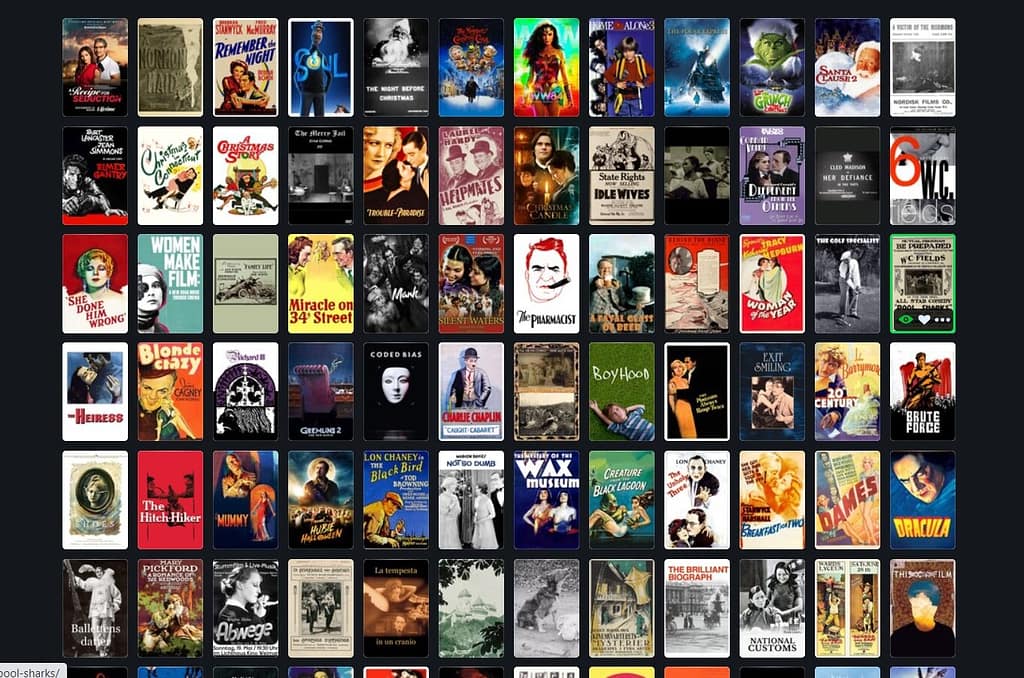 There aren’t very many things from 2020 I’d like to remember. That being said, I’ve had one of my more productive years in terms of expanding and diversifying my film knowledge. Whether in the first two months pre-Covid in a crowded theater, alone in my living room, or watching alongside others in a virtual format, here are some of the highlights from my film-watching last year:

In-Person Events: It’s hard to believe that I ever left my house this year but that was what life used to be like at the start of 2020. I managed to go to several screenings in January and February almost as if I knew what would be coming in March (disclaimer: I had no idea). My favorite in-person screening was a double bill of 42nd Street and Goldiggers of 1933. Both are great films but are even better watched back-to-back. I also was able to catch all but one of the year’s Best Picture nominees (sorry Ford v. Ferrari) partially to stay up-to-date with current film trends and to remind myself that the Academy isn’t the best at picking the best, although in 2020 they were better than most years.

Virtual Screenings: After it became clear that it wouldn’t be safe to watch a film in a packed theater for months on end, so many individuals and organizations made hundreds of virtual screenings possible. While my plan to attend the San Francisco Silent Film Festival fell through, I was able to watch most of the online Pordenone Silent Film Festival, something that I never thought I’d be able to participate in without breaking the bank on a plane ticket to Italy. The festival gave me a full week of rare, restored silent films, alongside book reviews and masterclasses, for about the price of a single theater ticket! I also loved tuning into Ben Model’s wonderful weekly Silent Comedy Watch Party to watch a wide variety of well-known and lesser-known silent comedians. I also enjoyed Retroformat‘s bi-weekly Monday night programs of silent films and was also able to attend several of UCLA’s Film and Television Archive online screenings as well.

Pre-Codes: Despite spending much more time indoors than I would have thought to be humanly possible, I found myself blazing through a long list of shorter films rather than watching epics or mini-series. This led me to watch a ton of Pre-Code films which tend to be shorter than Hollywood films of subsequent eras, sometimes watching two back-to-back to create my own double bills. I’ve crossed off a few better known pre-code films, like My Man Godfrey and Twentieth Century, and discovered some less discussed gems from the era like Union Depot. I particularly enjoyed the Criterion Channel’s Joan Blondell collection and Frances Marion collection that featured many of her Pre-Code films like The Champ and The Big House. While I’ve always enjoyed the more direct portrayal of sex and the fast-talking humor of the era, this year I fully realized my love for the Pre-Code era and the mast amount of films I have yet to watch from this amazing but short four year period in American film history.

Barbara Stanwyck: Ever since I first saw Double Indemnity as a teenager, I’ve always been a fan of Stanwyck. It was this year, however, that I truly appreciated her acting chops and unique screen presence that she carried with her into every film and genre she tackled. Whether it was her early days in Pre-Code films like Night Nurse or in her fabulous string of movies in the 1940s, from Ball of Fire to Christmas in Connecticut, she’s the best. This past year I committed more of my time to watch a lot of her films, making her my most-watched actor of this past year. I haven’t seen much of her later works and want to explore some of her lesser-known films in the future.

Pre-1920 Cinema: As a huge fan of silent cinema, I’ve mostly focused my time on watching the well-polished Hollywood studio films of the 1920s. This year I tried to expand my knowledge beyond just 1920s Hollywood, watching a lot more 1910s cinema. I’ve really enjoyed the spontaneity and creative nature of the decade, watching filmmakers experiment with various stories and different ways of filmmaking. Whether it was a young Douglas Fairbanks in a light-hearted Western like The Good Bad Man or Conradt Veidt in a serious drama like Different from Others I found numerous exciting films from the 1910s. I hope next year to watch more 1900s cinema and get around to more European features in the decade as well.

Diverse Filmmakers: In the past, I haven’t been the best at watching films directed, written by, or starring underrepresented and marginalized individuals. This year I made a concerted effort to prioritize watching more films directed by and featuring women and people of color. TCM’s fall series of Women Make Film, including Mark Cousins’ fourteen-hour documentary, helped get me acquainted with numerous classic and modern women filmmakers and their films. I bought both the Pioneers: First Women Filmmakers and the Pioneers of African American Cinema and have been working my way through both. Learning about these filmmakers and their films has exposed me to a lot of great cinema that I wouldn’t have come across otherwise.

Summer Reading Challenge: I tend to do most of my reading during the summers but I never read nearly as much as I did this summer when I participated in Raquel Stecher’s 2020 Summer Film Reading Challenge. Reading and writing reviews of these books lead me to further examine such diverse topics as African American representation in silent cinema, practices in film music, and the how-tos of film projection. After reading books on Ernest Lubitsch and Lois Weber, I couldn’t get enough of either of their films. I’ve also been more aware of recent book publications throughout 2020, keeping an eye out for any interesting reads for 2021’s Summer Reading Challenge.

What I’m Looking forward to in 2021: My first priority this year is to continue working my way through the First Women Filmmakers and Pioneers of African American Cinema boxsets. I will also be working my way through Silent Eras Top 100 film list (I have about thirty more to go) to cross off some more well-known silent classics I haven’t gotten around to yet. I will also be starting a series looking at classic films set in or shot in Utah to celebrate the state’s and cinema’s 125th anniversary. Having previously lived in Utah, I discovered a lot of interesting Hollywood history, especially in regards to westerns, that is ripe for exploration. There will be plenty of more great movie and film history to discover over the next year even if so far 2021 feels no different than the abysmal 2020.

Hope everyone has a safe start to the year. Here’s to hoping that by the end of 2021 it’ll be safe enough to see everyone in theaters again!