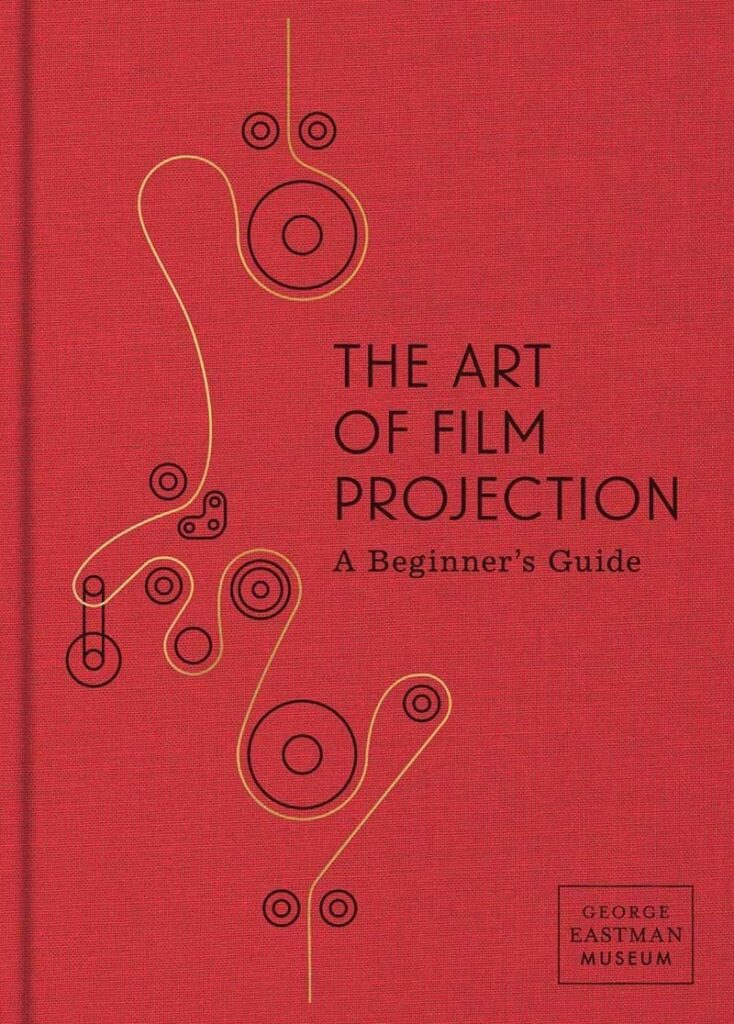 The best compliment a film projectionist can receive from their audience is none at all. In other words, the best projectionists are never noticed by the audience when they deliver a flawless screening: a smooth transition between changing reels, a correctly matted screen ratio, an in-focus image throughout. Projectionists spend hours before, during, and after a screening to provide their audience with an immersive cinematic experience, transforming thousands of feet of wound up celluloid film images into a moving, breathing film. In a profession that values invisibility, it is no wonder that many of the trade’s skills and tricks themselves seem inaccessible to those outside of the projection booth.

To solve this dearth of information out in the open, The George Eastman Museum recently published an introductory companion filled with basic knowledge and procedures for projecting films. This guide is primarily written by several staff members of the Moving Image Department at the George Eastman Museum, including projectionists, film technicians, and curators. Several masters students at the Jeffrey R. Selznick School of Film Preservation, a program jointly run by the University of Rochester and the George Eastman Museum, also provided their own input, helping to make the book’s advice more accessible and useful.

One of many pictures of projectors throughout the book.

Before taking the reader through a step-by-step process of preparing, putting on, and cleaning up after a show, the book lays out the basic properties of motion picture film and projectors. Replete with labeled pictures of film prints and various 35mm and 16mm film projectors, these sections lay the groundwork for understanding how to work with archival and commercial films and projectors. After this groundwork is laid, the book walks the reader through the recommended approach to inspecting and preparing a film print for a show, setting up a projector before a screening, making adjustments while projecting a film, and cleaning the equipment after the show.

While reading the book cover to cover may prove to be useful for anyone simply wanting to learn what goes on behind the scenes of a projection booth, the real strength of The Art of Film Projection is its potential as a quick reference guide for aspiring projectionists or archivists. Several features of the book lend itself to be referred back to when one has a specific question. Important terms and words are bolded when first introduced and explained to the reader. The book’s thorough index lists hundreds of terms and topics with multiple pages to turn to. The chapters themselves are organized by the stage in the projection process (i.e. preparing for a show, cleaning and maintenance) allowing the reader to quickly turn to the needed chapter.

One of my favorite features in the book are the Do’s and Don’ts that follow each chapter. These lists help recap the chapter by summarizing the main points talked about in-depth in the previous pages. After each Do’s and Don’ts, there are several blank notes pages for readers to write down important facts and tips or things that they might want to return to later. Another useful feature is the book’s three appendices that include a sample inspection report, projection booth maintenance log, and a checklist for preparing for a screening.

The Do’s and Don’ts at the end of the chapter “Preparing for the Show”.

While The Art of Film Projection is definitely meant for beginners, it can be quite hard to follow along if the reader has no experience whatsoever with celluloid film or projectors. Personally, I have some experience working with amateur 16mm film projectors and on several occasions have been given tours of 35mm projectors at several venues. With this background, I was able to understand most of the jargon used throughout the book; however, there were multiple times I had to look up specific words or parts of a projector to understand what I had just read (or re-read).

Also, the book almost exclusively focuses on film formats that are normally shown to larger audiences, 16mm, 35mm, and widescreen formats, without mentioning smaller formats for 8mm and Super 8 enthusiasts. Although the book does provide some information useful for those interested in getting their own 16mm projector (plenty are available on EBay) and screen films for themselves or friends and family, most of the information is aimed at educating projectionists working with archival prints of films.

As a guide on a niche subject of film, The Art of Film Projection will be a useful asset for those with access to archival film prints and large format film projectors. For those without an aspiration to acquire projectionist skills, the book still delivers on its promise to bring to light the work done by the often overlooked and unheralded art of the projectionist.

One Reply to “The Art of Film Projection: A Beginner’s Guide—Book Review”