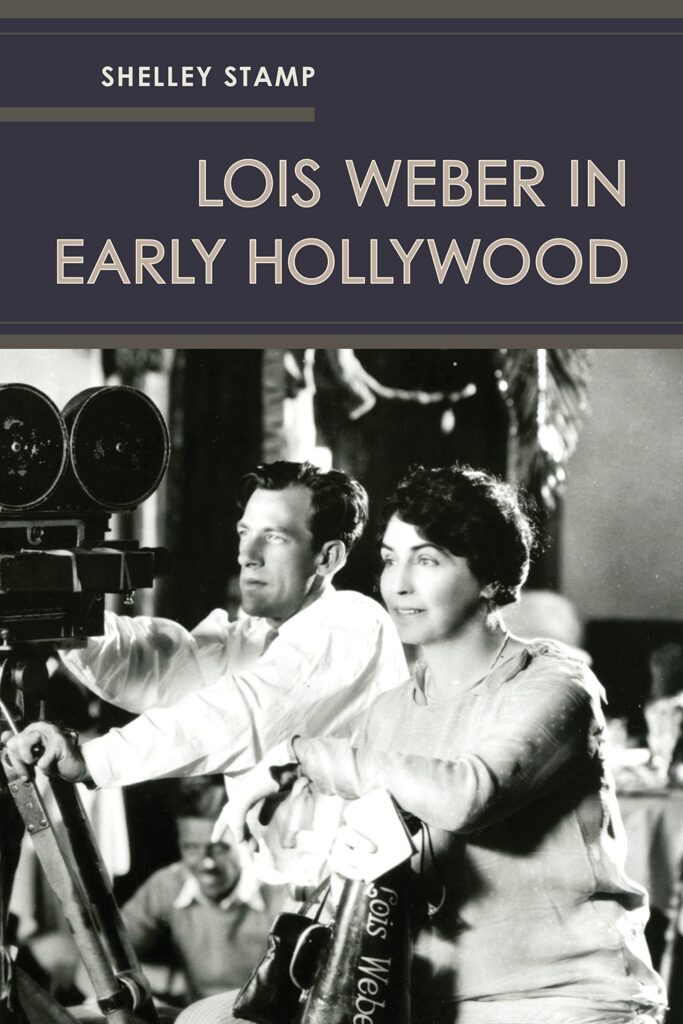 There was really no rhyme or reason to the order of books I read for my summer reading. Fortunately, I managed to save what turned out to be my favorite book of the summer for last. Shelley Stamp’s Lois Weber in Early Hollywood is an examination of Lois Weber’s career, filmography, and her legacy as one of cinema’s earliest auteur and director. Shelley Stamp is one of the leading experts on early women filmmakers and uses her extensive knowledge to not only study Weber’s distinctive directorial style but to chart the changing attitudes towards and opportunities available to women filmmakers in Hollywood as well. Like any great classic film book, I came away with a greater appreciation for and knowledge of the subject material, a longer watch list than I had before, and tons of resources and other books to check out for future reading.

Before reading this book, I had failed to see any of Weber’s work and had only come across her name in passing as one of America’s first women filmmakers. Outside of watching a few of Alice Guy-Blache’s early films, women filmmakers of the silent era were a large blind spot for me as well. Lois Weber in Early Hollywood was an ideal, engaging introduction for me into silent era women filmmakers. I should also mention that this primer into women filmmakers would not have been fully complete without my recent purchase of Kino Lorber’s wonderful Pioneers: First Women Filmmakers collection which contains an entire disc of Lois Weber shorts and features.

As Stamp states in the introduction, Lois Weber in Early Hollywood is “as much about Weber’s public persona as it is about her films. It is as much about Weber’s legacy as it is about her career. Her films cannot be considered in isolation from her evolving celebrity, for both are essential to understanding women’s place in early Hollywood.” (8). Stamp delivers on her promise to give us a comprehensive view of Weber as a person, filmmaker, activist, and woman, never losing sight of the larger narrative revolving around women filmmakers of the period.

An advertisement for Lois Weber’s all-female, suffragette ticket in her 1913 race for Universal City mayor.

I loved reading about Lois Weber’s early days in the film industry, getting her start by submitting story scenarios, and then working with early cinema pioneers like Alice Guy-Blache and Edwin S. Porter. I was fascinated to learn about Lois Weber’s time as Universal City mayor, where she appointed both a female prosecuting attorney and chief of police, and her lifetime commitment to social activism. It was heartbreaking to read how hard Weber fought to cement her legacy and to continue working in a heavily masculized film industry in the late 1920s while critics and industry leaders wrote her and her female contemporaries out of cinema history.

Stamp’s analysis of Weber’s films proves just as engaging as her biographical sketches of Weber’s life and career, providing key historical context to better understand her films and her stances on progressive social issues of her day. For instance, Stamp’s discussion of the 1910s discourse of contraception, eugenics, and abortion helped to contextualize Weber’s both progressive and problematic personal views shown in Where Are My Children? (1916). Weber’s marital comedies produced at her own independent production company, namely Too Wise Wives (1921) and What Do Men Want? (1921), are expertly compared to DeMille’s sex comedies from the era to examine Weber’s more subtle critique of 1920s femininity, sexuality, and the double standard of marriage.

Even more intriguing and important than re-examining and analyzing Weber’s better-known films and most successful years of her career is Stamp’s reframing of Weber’s later career years in the late 1920s and early 30s. Instead of following previously set forth narratives of decline and defeat that stemmed from her divorce and other personal circumstances, Stamp highlights her late-career successes and continued activism on behalf of women in the industry that was actively suppressed in a Hays-era, remasculinized Hollywood. She successfully shows that “Weber’s achievements were refigured during the latter phase of her career in a manner consistent with Hollywood’s evolving narrative about its own history and women’s place there. Weber was effectively written out of history at the same moment she was written in” (217). Weber’s resistance to being actively forgotten or misunderstood is a story all too familiar to women and others whose stories didn’t fit into the narrative the industry wanted to tell about its itself.

In short, Stamp’s book firmly declares Lois Weber as not just one of the greatest female filmmakers but as one of the world’s most influential and talented directors period. Lois Weber in Early Hollywood is a must-own and must-read for anyone wanting to explore the contributions of numerous pioneering, silent-era women filmmakers like Lois Weber.

One Reply to “Lois Weber in Early Hollywood — Book Review”